Imagine a world powered totally by renewable energy. One still, winter night, you nestle in your favorite chair, switch on the lamp beside you, and turn up the thermostat before watching a classic movie. The sun is not shining, the wind does not blow, and coal and natural gas have been out of use for decades. Still, you have access to the electricity necessary for light, heat, and playing an old film. How?

Energy storage is the key to this supply-and-demand riddle. Renewable energy can be supplied by the sun and wind only intermittently. The wind blows sporadically, and demand for energy often peaks when the sun is not shining. By reserving excess energy when output from renewable sources is high, energy storage systems create a reliable supply of energy when output is low but demand is high. Eliminating the need for carbon-based backup generators, energy storage systems are critical to a future of renewable energy.

What is Energy Storage?

Energy storage is important to our everyday lives. Consider your cell phone–you do not always have access to a charger. Instead, you might charge your phone at night when you are not using it. The next day, you can use this stored energy. Even more fundamentally, your body stores energy. You cannot constantly eat and sleep. Instead, you perform these crucial activities to supply yourself with energy for future use.

Likewise, renewable energy sources fluctuate greatly based on time. Sunlight and wind supply vary greatly from season to season, day to night, and even from minute to minute. No human technology can control the weather. The flexibility of energy storage, however, makes up for the rigidity of renewable energy supply.

The National Renewable Energy Laboratory projects that in 2050, if the US uses 80% clean energy, 120 gigawatts of energy storage will be needed across the nation. A myriad of energy storage systems are being developed to fulfill this need.

Best known of all energy storage systems are batteries, which are improving in efficiency and declining in cost rapidly. Lithium-ion batteries create an electric current by moving lithium cations from the battery’s anode to the cathode. When the battery recharges, the lithium cations return to the anode.

Commonly used for electric cars, laptops, and cell phones, lithium-ion batteries can also supply large-scale power grids. Racks of batteries are stored beside a monitoring system within a compact unit. These units are remarkably efficient, storing vast amounts of energy and leaving a minuscule footprint.

Lithium-ion batteries are fast and reliable. Crucially, they are reversible: they can both store and release energy. Additionally, storage and release can occur in fractions of a second. The speed of lithium-ion batteries is especially useful in emergencies. A disruption in the power grid in cases of natural disasters (think ice storms in Texas), computer disruptions, or human error, can easily and quickly be remedied with energy stored by lithium-ion batteries. The affordability of these batteries, however, means that they are advantageous for regular grid operation and not just as emergency backups.

Lithium-ion batteries are already slated to replace aspects of the modern power grid based solely on efficiency. The current power grid generates power when it is cheapest and then releases the power throughout the day as it is needed. However, when the demand for electricity is too high for the regular system to support, peaker plants supplement the needed electricity. Peaker plants house large, speedy natural-gas generators which typically run for only a few hours each month. Thus, the energy they produce is not only the priciest but the dirtiest on the power grid— for every one unit of energy, peaker plants emit up to twice as much CO2 as normal power facilities. CO2, a leading culprit in climate change, air pollution, and acid rain, is detrimental to environmental and human health. Lithium-ion batteries provide a viable alternative solution to peaker plants. During costly, high-demand periods, efficient, inexpensive lithium-ion batteries can supplement power (peak shaving) or totally meet the high demand (peak leveling).

Already, lithium-ion batteries have proven to be significant competitors against costly, CO2-spewing peaker plants. For instance, Tesla, known for its lithium-ion battery-powered cars, constructed a 100 megawatt (MW) lithium-ion battery, known as the Hornsdale Power Reserve, to store energy in South Australia. (100 MW can fuel about 75,000 homes per year.) In just 140 milliseconds, the battery can go from off to full capacity. After only one year, the Hornsdale Power Reserve saved nearly $40 million. Its tremendous success led Tesla to expand the battery’s capacity to 150 MW. Tesla also has plans to build another Australian battery, this time with a 300 MW capacity. Additionally, Tesla has developed a residential lithium-ion battery to store excess energy captured from home solar panels.

Lithium-ion batteries do have disadvantages. They can overheat and even catch on fire in extreme circumstances. Additionally, lithium-ion batteries lose capacity and frequency over time from repeated charging. After about 2-3 years, they require complete replacement. However, their energy density is almost unparalleled and makes them an ideal choice for energy storage. 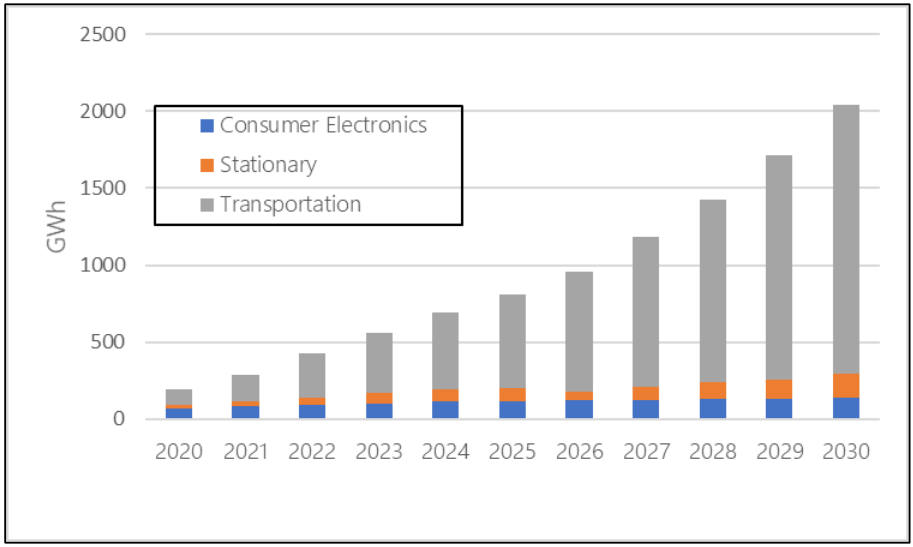 Another promising battery is the flow battery. Flow batteries consist of two tanks, one positive and one negative. Ions are exchanged through a membrane connected to the two tanks; this process creates electric current. 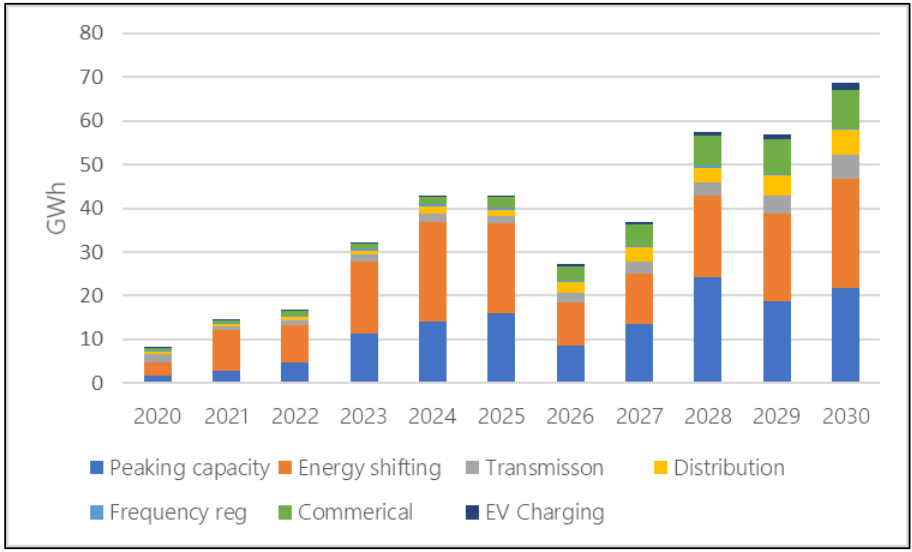 Thermal Energy Storage (TES) is another method of caching energy. TES stores heat rather than electricity. Both the sun and the earth release heat, and waste heat is a byproduct of industrial and other processes. Rather than losing this heat, TES allows it to be captured and stored. Eventually, the heat is released to supply energy (to thermovoltaic panels, for instance).

Thermo-chemical storage is the most efficient and storage-dense of all thermal energy storage methods. In thermo-chemical storage, heat is an input into a chemical reaction (an endothermic reaction). The input energy is then stored within the bonds that hold molecules together. When these bonds are later broken and the reaction is reversed, the heat is then released (an exothermic reaction).

TES has numerous applications; it is especially useful in business and heavy industrial uses because it captures waste heat and allows it to be reused to supply more energy. Efficient and relatively inexpensive, TES is expected to grow in the coming years. In 2019, the TES market was valued at $4.204 billion; by 2025, it is projected to grow to $8.466 billion. 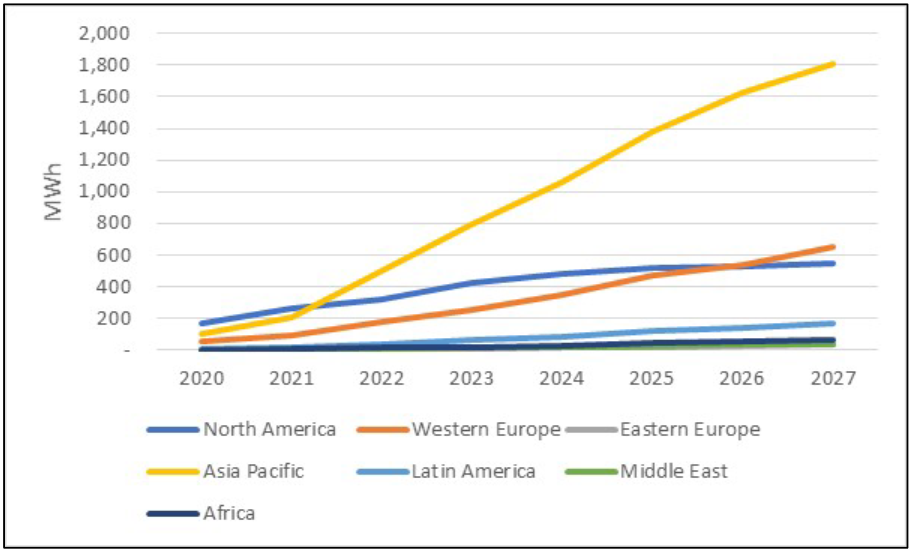 Projected TES usage by region. The Asian-Pacific region is particularly promising due to growing demand for air-conditioning as well as government incentives for clean energy development.

Most widespread of all energy storage systems—95% of energy storage in the US—are pumped hydroelectric facilities, which consist of two reservoirs at different heights. When demand for electricity is lower, electrically-powered turbines pump water from the lower to the higher reservoir. In the process, the input energy is converted to potential energy. At peak-demand hours, the water is released, and energy is harnessed. (Check out our recent article on hydropower here.)

Pumped-storage hydropower is able to store vast amounts of energy. Currently, pumped hydroelectric facilities account for 22 gigawatts—88%—of all US energy storage. However, the large scale of these facilities has disadvantages as well. Large water reservoirs cannot easily be constructed in densely populated areas, where the demand for electricity is highest, and therefore have less opportunity for expansion.

Pumped-storage hydropower ultimately operates at a net loss of electricity: more electricity is consumed in moving the water uphill than produced in releasing the water. For instance, US pumped storage plants consumed a total of 29 billion kilowatt-hours (kWh) in 2011 but produced only 23 billion kWh. This loss of energy, however, ultimately makes the energy grid more reliable through load shifting–energy is used when demand is lowest so it can be released at peak-demand times.

Although no large-scale underground pumped-hydro storage facilities exist, they show tremendous potential. Existing hollows in the earth, including former mines, are promising locations. Downsides to this burgeoning energy storage method include a high initial investment and lengthy construction times. Additionally, the physical movement and stress of rocks could cause difficulties.

Other forms of energy storage also utilize water. Researchers are developing systems to pressurize water in underground cisterns. Electric energy is used to pump water underground. The water is eventually released to power a motor and create electricity.

Another energy storage method uses electricity or solar power to break apart water, H2O, into its constituent hydrogen and oxygen gases. Hydrogen gas is a valuable fuel that is totally clean. Alternatively, the hydrogen produced from the breakdown of water can be used in battery cells.

Flywheels are yet another technology to meet the growing demand for energy storage. Flywheels convert electric energy to mechanical energy (energy of motion): electricity is used to spin a nearly frictionless rotor. When this energy is eventually needed for consumption, the rotor slows down as mechanical energy is then converted back to electricity.

Flywheels are extremely efficient, have almost no negative environmental impact, can operate for long stretches of time, and can go from zero to full charge in just seconds. They can even recover energy that would otherwise be lost. For instance, they can capture braking energy from electric trains. Flywheels are especially useful for stabilizing the energy levels on wind farms and as backup energy sources at manufacturing plants.

Interestingly, Bitcoin can be considered a method of energy storage. (Read our most recent article on Bitcoin here.) Bitcoin mining is notoriously energy consumptive. In the past year alone, Bitcoin mining has consumed about 14.84 gigawatts of power (the equivalent of nearly 47 million photovoltaic panels). Bitcoin advocates argue, however, that Bitcoin can actually “store” energy by using excess renewable energy from remote locations to mine Bitcoins. Transporting electricity is costly and inefficient, so rather than letting energy from isolated places go to waste, mining can convert this excess energy into coins.

COVID-19 lockdowns have especially accelerated the demand for energy storage. As the pandemic forced many to work, learn, and socialize from home, awareness of our dependence on electricity rose. Meanwhile, major storms, natural disasters, and disruptions in the power grid reminded us that the present energy grid is not always reliable. The demand for home energy storage systems is therefore rising. In just four years, Wood Mackenzie projects, the residential energy storage sector will be six times larger.

As the world shifts to renewable energy, investing opportunities in energy storage will continue to grow. The ALPS Clean Energy ETF (ACES), mentioned in previous posts, is our favorite renewable energy fund. With its exposure to energy storage and fuel cells as well as smart grid and residential energy optimization technologies, ACES is a diversified, innovative fund that will help you to contribute to the renewables revolution.

To learn more about how you can invest with purpose in energy storage, contact Servant Financial today. 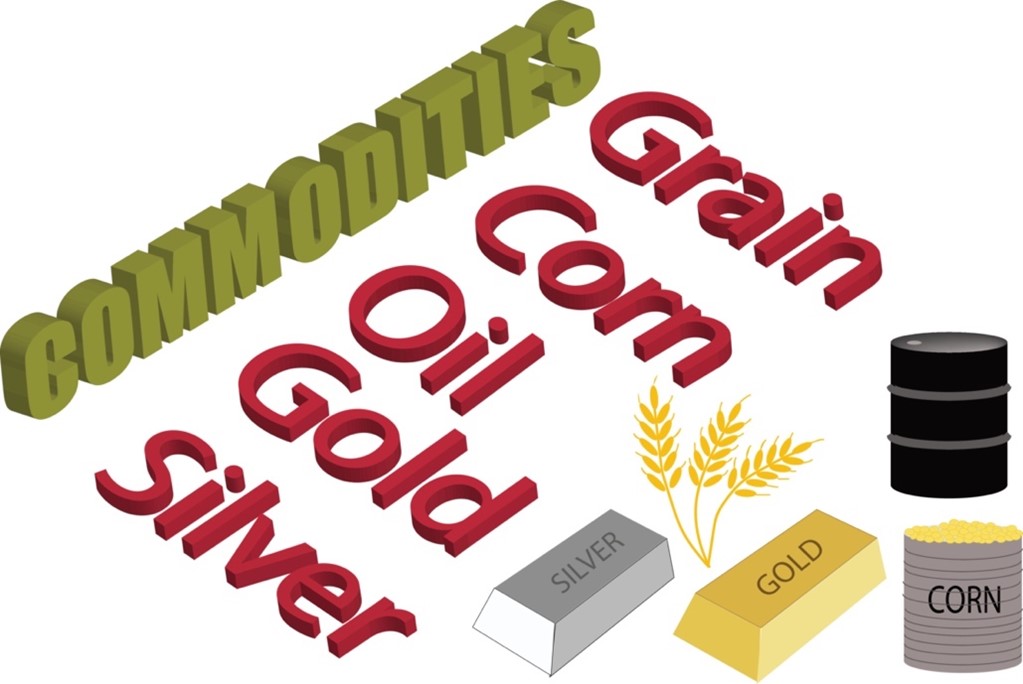 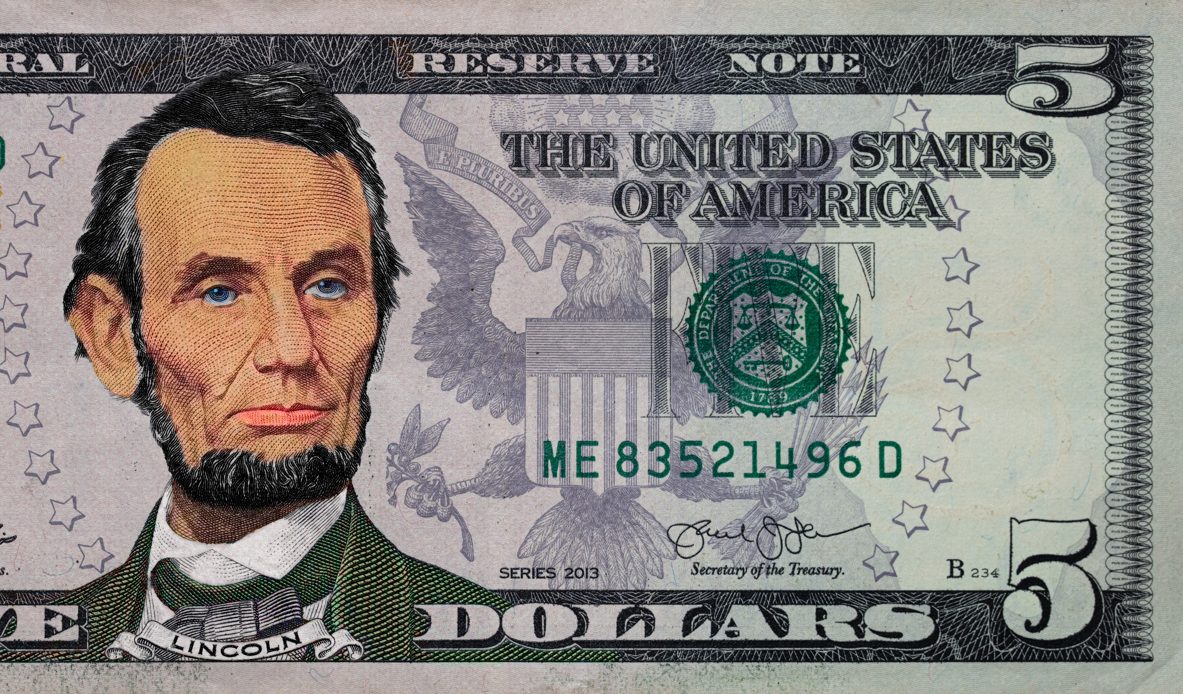