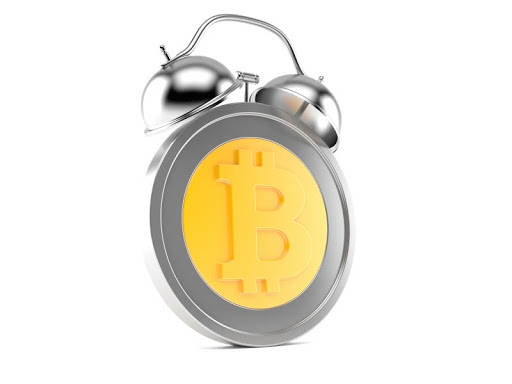 What is Bitcoin and how does it work?
Bitcoin (BTC) is the most well-known and successful form of cryptocurrency with a market capitalization of about $170 billion at $9,300 per BTC and daily trading volume of $700 million.  It is especially popular among tech-savvy millennials who find it appealing for investment.  According to a nationwide survey by Bankrate in July 2019, millennials are three times more likely to invest in crypto than Generation X.  Bitcoin is the brand-name category killer and the Amazon of the digitally networked crypto world.

Blockchain uses a public, digital ledger to create a fixed data chain of time-stamped transactions (blocks).  Blocks are chronologically strung together one after the other to form an immutable blockchain.  Transactions are cryptographically recorded and verified by a network of computers (consensus validation) that do not belong to any central authority.

Every ten minutes, a set “block reward” of bitcoin is awarded to Bitcoin “miners.” Mining is the only way to “print” new Bitcoins into circulation. Miners use high power computers to solve complex math problems called hash functions to verify 1 megabyte, or 1 block, of Bitcoin transactions.

Hash functions provide proof of work by processing data and generating another hash that matches the original data. Proof of work makes tampering with the blockchain very challenging; alteration of any kind would necessitate the re-mining of all subsequent blocks.

The supply of Bitcoin is capped by the blockchain code at 21 million. It would require network consensus to overwrite the coding language which is anathema to the value embedded in the Bitcoin network.  Currently, almost 18.5 million Bitcoins are in circulation, leaving approximately 2.5 million to be mined. The value of this “digital gold” will increase as its scarcity increases over time as fewer and fewer Bitcoins are “printed” with each successive halving until the supply is capped at 21 million.  The 21 millionth Bitcoin is expected to be mined in 2140.

You can learn more about how Bitcoin and blockchains work in this 9 minute video from SciShow.

Blockchain and Fintech in China
China is the global leader in the use and development of blockchain technology.  China has by far the most blockchain patents in the world and more than 70% of the mining capacity.  Some of the biggest names in the crypto space are Chinese firms, including Binance, the world’s largest crypto exchange.

Moreover, China is arguably the global leader in financial technology (fintech) solutions, particularly smart-phone based payment systems.  For example, the Chinese population has leapfrogged traditional credit card based payment rails with the dominance of mobile based Alipay and We Chat Pay.  Leveraging this fintech leadership, China has taken an early pole position in the development of an alternate global monetary and financial system by being the first country to issue a government backed digital currency.

Why invest in Bitcoin?
Bitcoin is a worthy investment for enhancement of portfolio diversification and improvement of expected returns without significant addition of portfolio risk.

Although the price of Bitcoin has been highly volatile over time, historically investors that hold Bitcoin for the longer term, called “hodlers,” have been richly rewarded as Bitcoin’s historical return per unit of risk (Sharpe ratio) has been much greater than 1.0 with a five year annual return of 88% through May 31, 2020 on volatility of 66%.

This compares to Research Affiliate’s forward-looking expected returns and risk for traditional asset classes wherein emerging market equities are viewed as the most attractive asset class.  Research Affiliates estimated EM equity’s Sharpe ratio at 0.42 today based on 10% nominal annual returns and 21% expected volatility.  A Sharpe ratio of 1.0 or better is unheard of in the traditional investment world.

A Bitwise investment study entitled, “The Case for Bitcoin in an Institutional Portfolio” concluded that “adding Bitcoin to a diversified portfolio of stocks and bonds would have consistently and significantly increased both cumulative and risk-adjusted returns of that portfolio over any meaningful time period in Bitcoin’s history, provided a rebalancing strategy is in place.”

This positive portfolio impact endured even in periods in which the price of Bitcoin fell. The magnitude and consistency of Bitcoin’s contribution to portfolio efficiency when added to a traditional 60/40 portfolio were remarkable.  Bitwise’s study found that achieving these portfolio benefits only required a few critical practices: 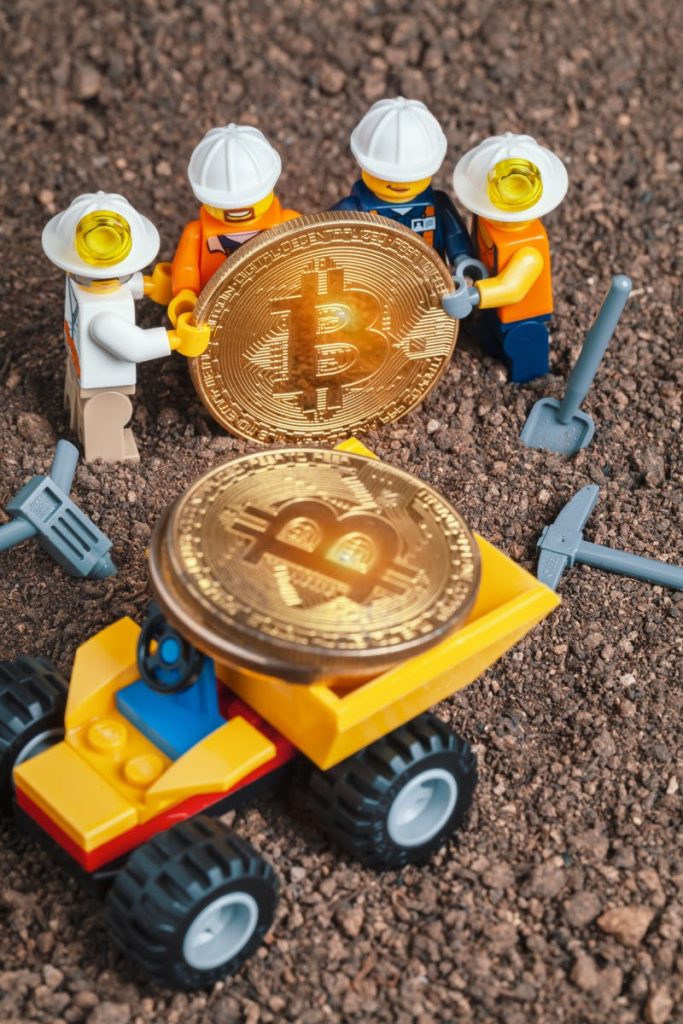 Bitcoin and Investor Concerns
In March 2020, Fidelity Digital Assets released a study that surveyed nearly 800 European and American institutional investors. In general, institutional investors (hedge funds, pension plans, family offices and registered investment advisors) are keeping a keen eye on Bitcoin and other digital assets, and there are an increasing number of early-movers who have taken the crypto plunge. Key findings of the study include:

President of Fidelity Digital Assets Tom Jessop commented, “Investor concerns are largely focused on issues that will resolve themselves as the market infrastructure evolves. We’re proud to be one of many service providers actively driving that evolution for the benefit of the ecosystem and traditional investors alike.”  Fidelity Digital Assets envisions a future where all types of assets are issued natively on blockchains or represented in tokenized form.  In other words, Fidelity expects all traditional assets (stocks, bonds, currencies, etc.) will be issued and held on blockchain or in tokenized form.

Grayscale Bitcoin Trust’s (GBTC) absorption of 25% of newly-mined Bitcoins in 2020 indicates higher demand for crypto exchange-traded instruments among retail investors.   With a market capitalization of $3.5 billion, GBTC is the investment vehicle of choice for investors, particularly smaller, retail investors. 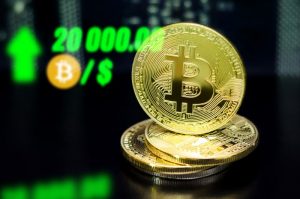 It is very difficult to buy Bitcoin right now through traditional investment brokerage accounts due to limited investment offerings.  GBTC is one of the few liquid, publicly listed exchange traded vehicles that invests in Bitcoin.  GBTC provides titled, auditable ownership through a traditional investment vehicle, can be held in tax advantaged accounts, and maintains robust security and storage protocols.

In late June, Servant Financial initiated small, toehold positions in GBTC of 0.5% to 1.0% in client model portfolios, depending on investor risk profiles.  Our statistical analysis using historical data suggested that adding a 1% position in GBTC will increase expected returns by 1% annually while only increasing risk by 0.3 to 0.4% across all client risk models.

In addition to enhancing portfolio efficiency, GBTC provides schmuck insurance in the event the global monetary and financial system were to fail (an event not represented in the historical data).  The more irresponsible and extreme the monetary and fiscal policy actions of the government become, the more Bitcoin will appreciate as an increasingly scarce store of value.  In extremis,  GBTC, Bitcoin, and gold would be expected to massively outperform traditional asset classes in the event of a total system crash.  With a maximum downside of 0.5% to 1.0%, GBTC provides a “bit or byte” of peace of mind with asymmetric upside for this fat tail risk.

It’s Time to Wake Up to Bitcoin
Institutional investors are waking up to the unique characteristics of Bitcoin and crypto currencies, particularly after the legendary hedge fund manager Paul Tudor Jones recommended Bitcoin as “the fastest horse in the race” to beat the Great Monetary Inflation (GMI) – “unprecedented expansion of every form of money unlike anything the developed world has ever seen” – that we are presently experiencing.

As Fidelity’s Jessop indicated, the infrastructure for large scale institutional investment in Bitcoin and crypto currencies is still under construction.  Today, there are only a few access points suitable for institutional investors’ large scale deployment.  For example, Jones’ hedge fund will take a “low single digit position” in Bitcoin through futures markets rather than direct holdings of Bitcoin.  His $40 billion fund already has existing connectivity with the major futures exchanges and well-established investment policies and procedures.

The developing nature of the market presents a distinct advantage for smaller, more nimble retail investors to get in front of the institutional money flows.  Recent investor surveys suggest that many retail investors are getting ahead of their investment advisors in knowledge and acceptance of Bitcoin as a suitable investment and are pushing their advisors to #getoffzero and make an initial portfolio allocation. 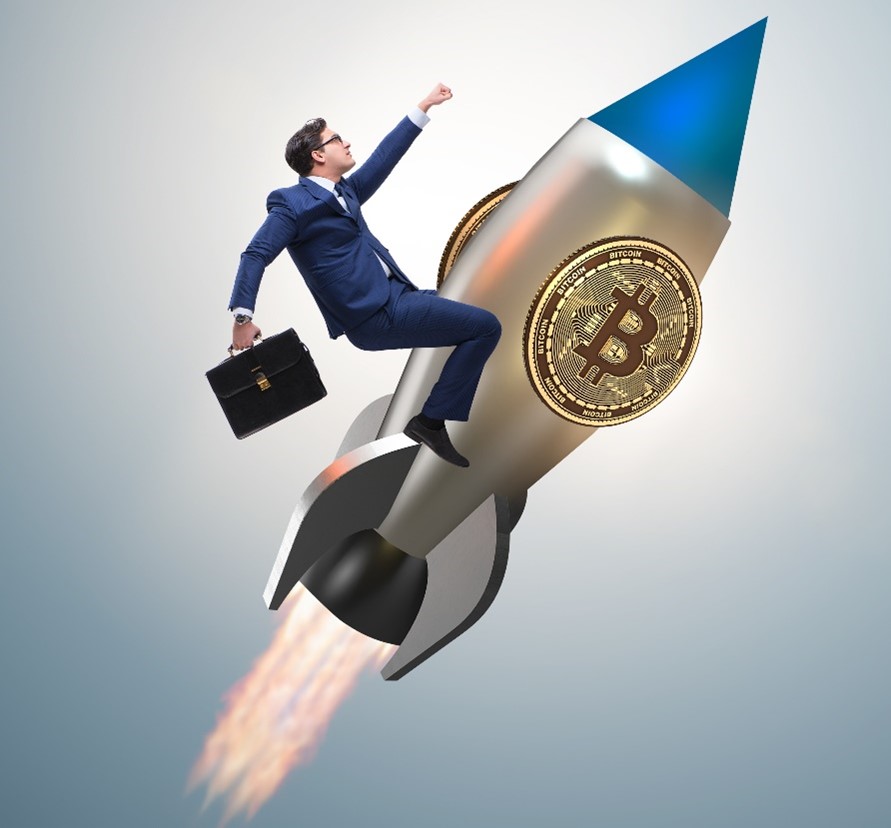 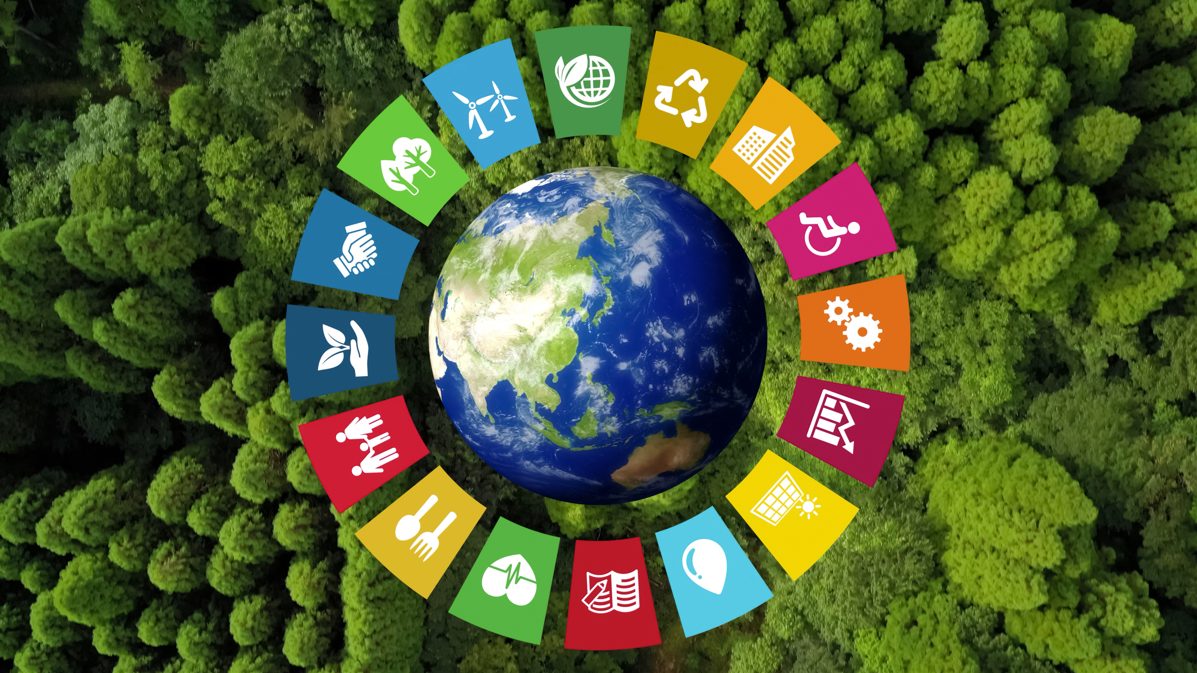